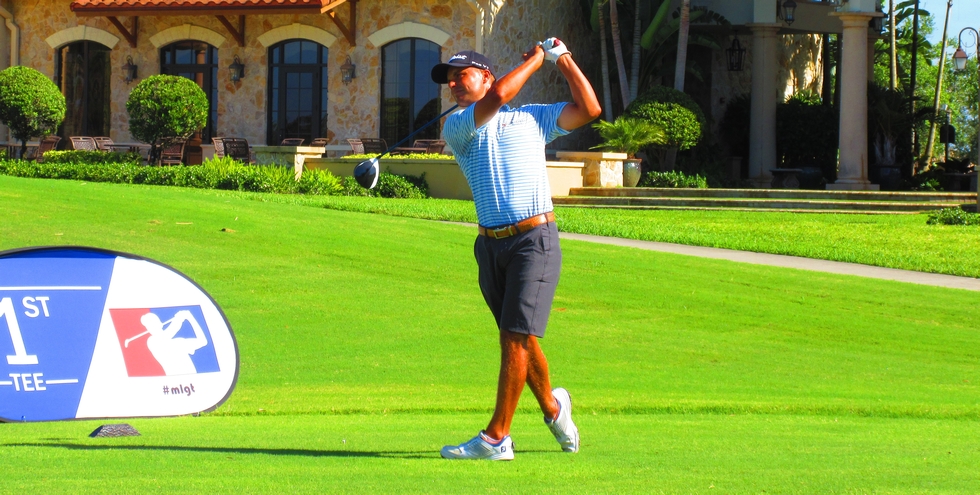 Cole made eight birdies and a bogey, O’Mahony an eagle at the par-5 fourth hole, six birdies and two bogeys. In winning for the 41st time since joining the MLGT in August, 2009, Cole received $675 from the $3,360 purse, $200 from an optional bonus pool, $51.43 from a skins game and $1,000 as the low scorer in three tournaments this week. The $1,000 bonus will go toawards his entry fee and expenses for a Monday Qualifier on the PGA Tour or the Web.com Tour. 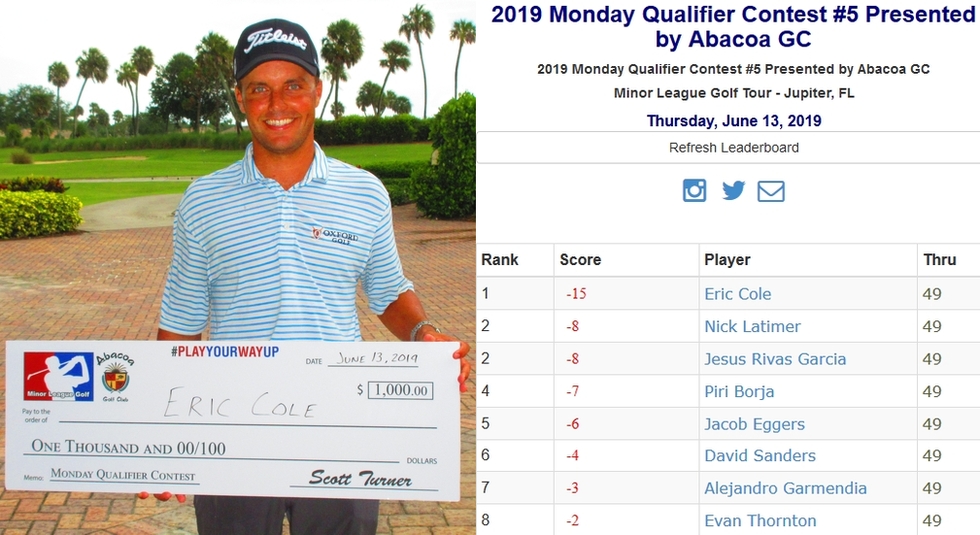 The contest ended up being 49 holes (par 196) instead of the normal 54 holes due to a rain shortened event on Tuesday at Abacoa GC.

A big thank you to Abacoa Golf Club for sponsoring the Monday Qualifier Contest.

The MLGT plays twice next week before taking two weeks off for a summer break, Monday @ Fountains CC-West, Lake Worth, and Tuesday at Atlantis CC. Play will resume July 8-9 on the Estate course at PGA National.