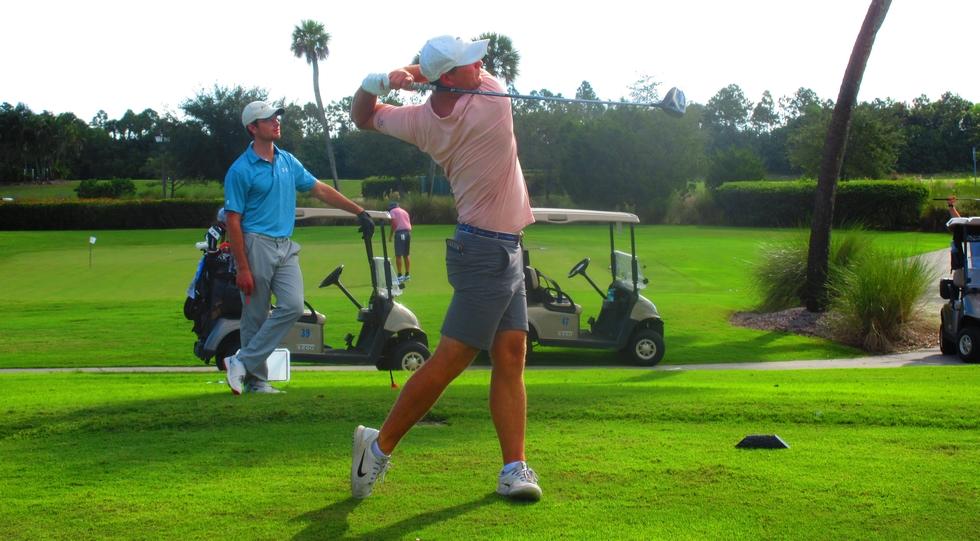 JUPITER, Fla. – Roland Massimino of Lumberville, PA, making just his fifth start on the Minor League Golf Tour, scored his first victory Thursday with a seven under par 65 at Jupiter Country Club. Massimino made four birdies on each nine but bogeyed the par-4 15th hole to edge Zach Zaback of Farmington, CT, by one shot. Massimino earned $925 from the $6,045 purse.

Zaback was tied for the lead until he bogeyed the par-4 18th hole, finishing second among 49 starters with 66. He collected $600 from the main purse and $232 from an optional bonus pool for a total of $832. Two days earlier, Zaback received $10,000 for winning the MLGT’s third “major” of the year at 7 under 133 on the Champion course at PGA National.

The MLGT’s ninth match play championship is scheduled next week on PGA National’s Estate course. Qualifying to fill the 16-player bracket will be on Monday, first and second round matches Tuesday, the semifinals and finals Wednesday. David Pastore, Greenwich, CT, won the match play last year, beating Oscar Fraustro of Mexico City on the 20th hole at Wellington National GC. 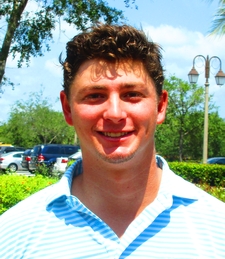