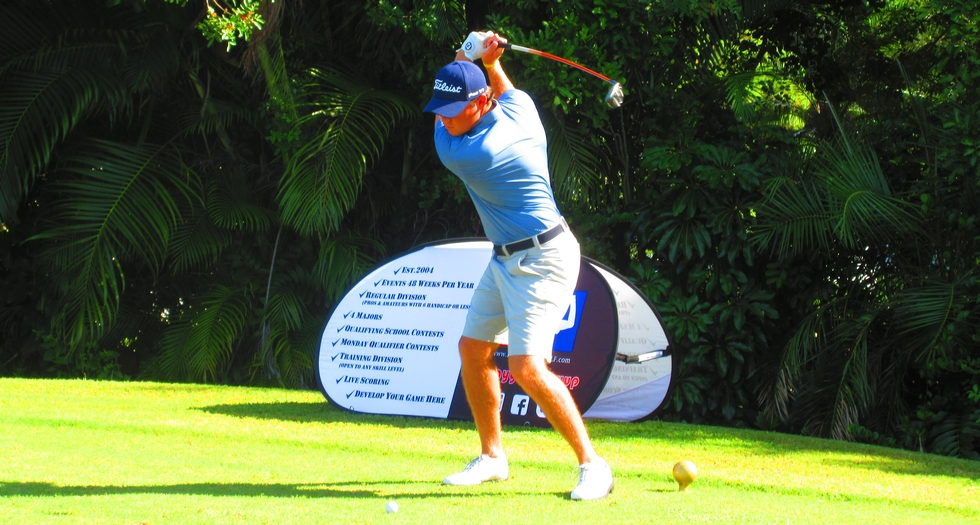 LAKE WORTH BEACH, Fla. – Mike Miller of Brewster, NY, shot a four under par 68 on Wednesday for his 12th victory on the Minor League Golf Tour, his second in the past two weeks.

Miller finished one stroke ahead of Connor Greenleaf of Windham, NH, and Ben Albin of Santa Fe, NM, who tied for second at 69. Coincidentally, all three had five birdies. Miller made one bogey, Greenleaf two, and Albin had a double bogey at the par-4 3rd.

Playing the South course at Fountains Country Club, Miller received $825 from the $3,500 purse and another $232 from an optional bonus pool, raising his career earnings to $51,032 since February, 2016. He had won Oct. 31 at Indian Spring CC, Boynton Beach.

Jamie Sindelar of Horseheads, NY, topped an optional $100 three-day cumulative bonus pool. He shot 69 Monday at Indian Spring, losing on the third playoff hole, 67 to tie for third Tuesday at Abacoa Golf Club, and 71 Wednesday, sixth in the field. He collected $367 for his 54-hole total of 207 and $300 here Wednesday. Sindelar received the Justin Fonseca Memorial sportsmanship award Monday. 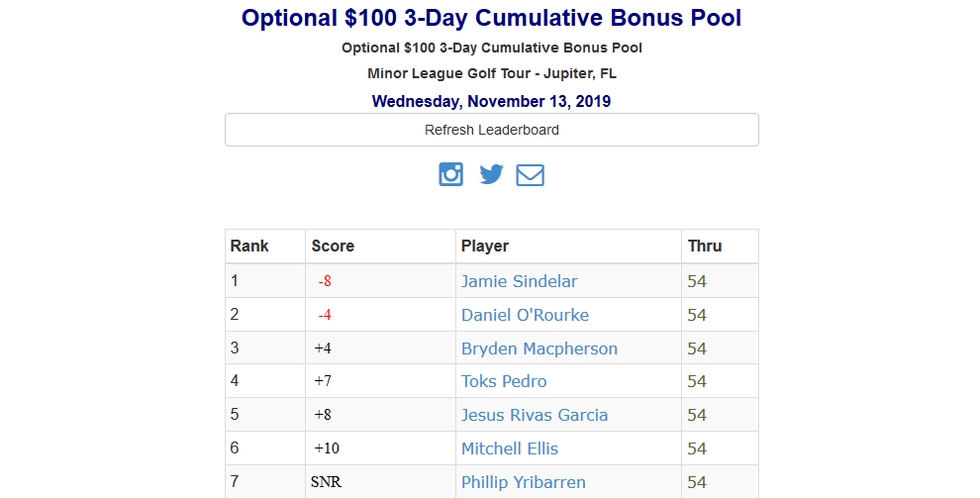 The MLGT’s 124th tournament of the year drew 23 starters. Next week’s schedule includes a 36-hole event Monday and Tuesday at Melreese CC in Miami and an 18-hole tourney Thursday at Atlantic National GC west of Lantana.

33% of the field earns a check. SOUTH COURSE.