BOYNTON BEACH, Fla. – Luke Graboyes of Palm Beach Gardens and Watchung, NJ, has won for the 12th time on the Minor League Golf Tour with his second victory in the past month on the East course at Indian Spring Country Club. Graboyes fired a six under par 66 with three birdies on each nine Thursday compared to a 65 on Sept. 29. He collected $700 from the $3,575 purse and an additional $210 from an optional bonus pool, raising his career earnings to $43,967 since September, 2017.

Stephen P Grant of Plantation had the lowest 54-hole score of the week, 201, and received a $1,000 bonus toward a Monday qualifier entry fee on either the PGA or Korn Ferry tours. Coincidentally, Grant lost in two playoffs earlier this week, at five under par 65 Monday at the CC of Coral Springs and on another five under Tuesday with 66 at Abacoa in Jupiter. He tied for sixth here with 70. 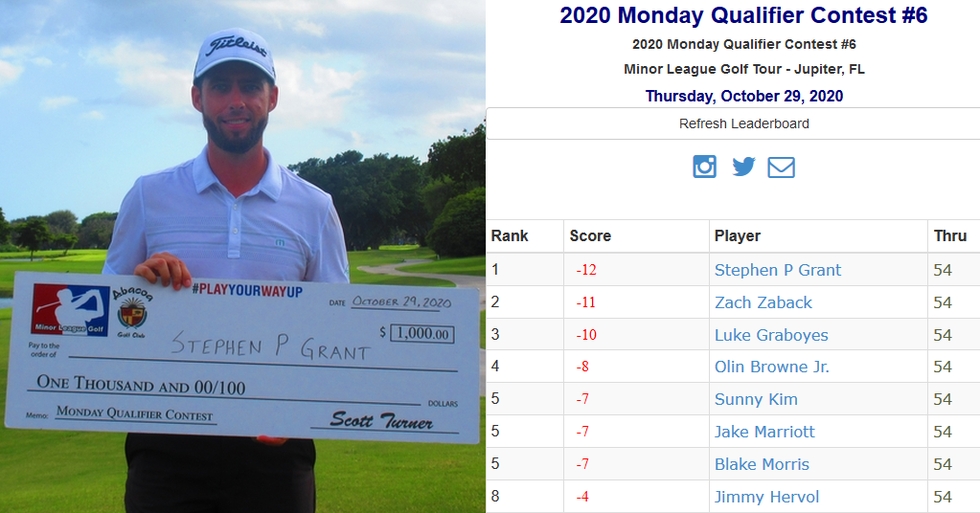 50% of the field earns a check. EAST course.