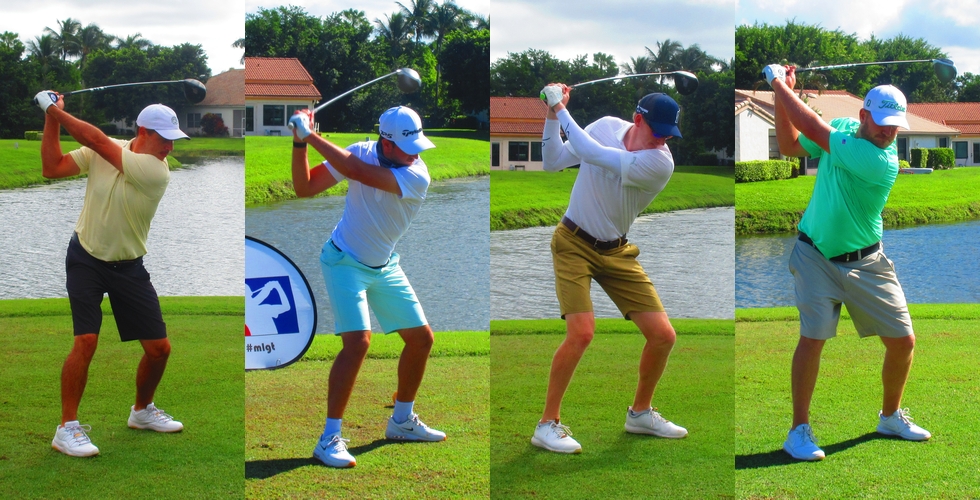 BOYNTON BEACH, Fla. – Three players tied for first Monday when darkness halted play on the East course at Indian Spring Country Club. A fourth, Ryan Linton of Lake Forest, IL, was eliminated when he made a par-5 on the first extra hole.

In addition to Linton, the leaders at six under par 66 included Chase Koepka of West Palm Beach, FL and the Connecticut duo of Zach Zaback, Farmington, and Jason Thresher, West Suffield. After the latter three had birdied the first extra hole, they matched par-3's on the second hole three times before play was suspended.

The three co-champions received $600 apiece, Linton $500, All four received $150 from an optional bonus pool. Linton picked up an additional $190 in the skins game for a total of $840. In regulation, Koepka and Thresher each made six birdies, Linton and Zaback seven birdies and a bogey.

It's been 13 years since this scenario has happened on the MLGT but on February 20, 2007 this same situation unfolded at PGA National Estate.

Today's event was the second of three 1-day events that make up Monday Qualifier Contest #7. The professional with the lowest cumulative score for the three events will earn a $1k bonus to compete in a Monday Qualifier on the PGA Tour or Korn Ferry Tour. Ryan Linton will take a one shot lead into the final round at Sandhill Crane on Tuesday and try to earn the $1k bonus. 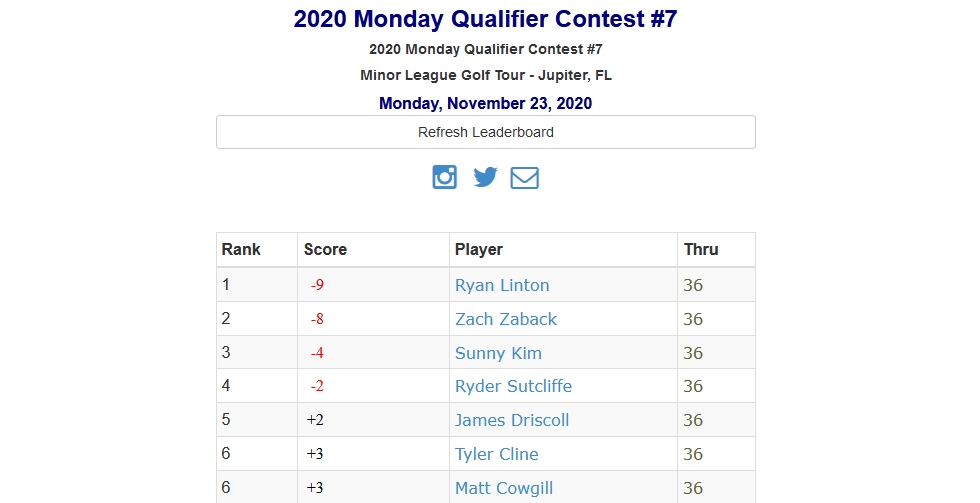