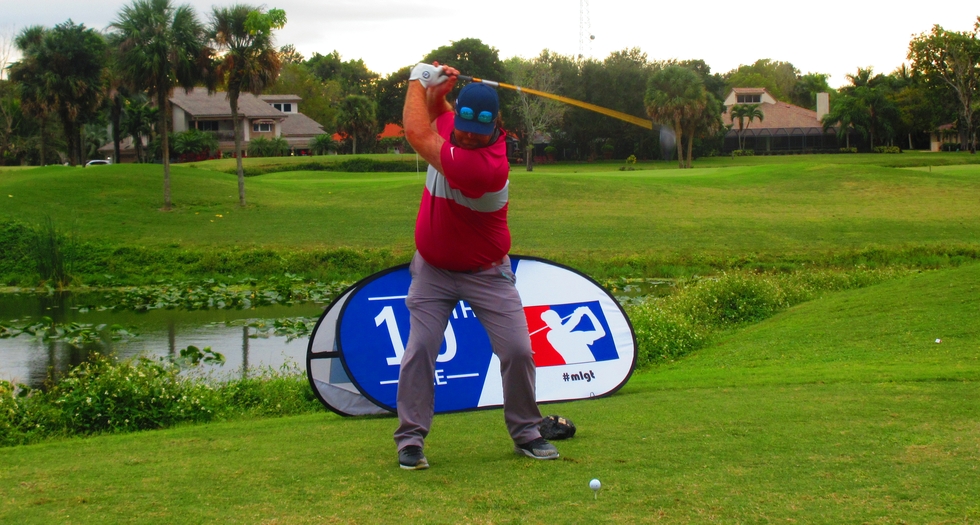 CORAL SPRINGS, Fla. – Brendan Hunter of Groton, MA, played his final five holes five under par to earn victory in the first tournament of the Minor League Golf Tour’s 18th season. With an eight under par 62 at the Country Club of Coral Springs, Hunter edged James Driscoll of Brookline, MA, by a stroke.

In gaining his second MLGT victory, Hunter scored an eagle, seven birdies and a bogey, earning $925 from the $4,860 purse and an additional $214 from an optional bonus pool for a total of $1,139. His only other MLGT win came in March, 2019, at nearby Parkland CC. Driscoll, second among 36 starters in the season opener, had an eagle, six birdies and a bogey, collecting $830, including $133 from the bonus pool and $72 from the skins game. He had won three times previously. Both players eagled the par-5 seventh hole. 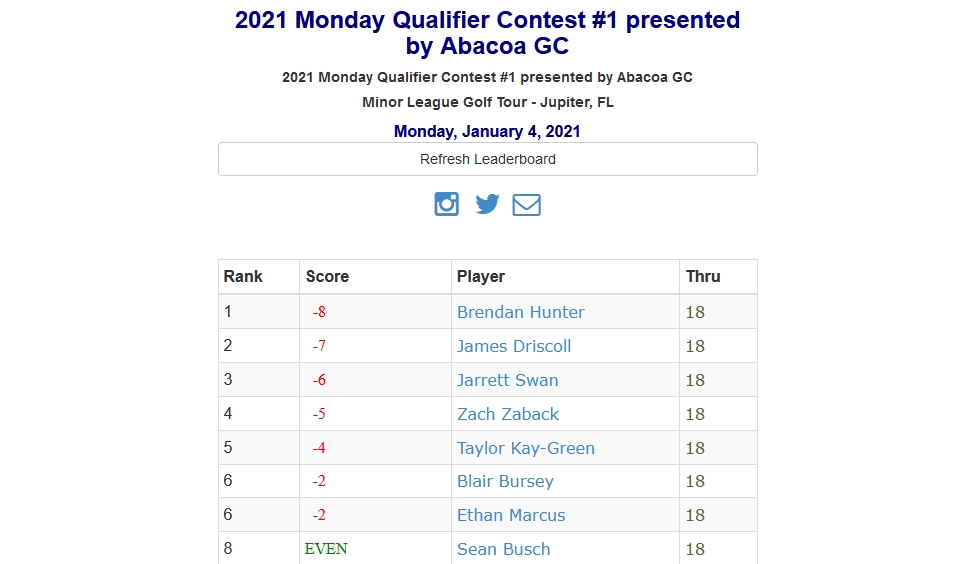 Today's event was the first of three 1-day events that make up 2021 Monday Qualifier Contest #1 presented by Abacoa Golf Club. The professional with the lowest cumulative score for the three events will earn a $1k bonus to compete in a Monday Qualifier on the PGA Tour or Korn Ferry Tour.

Coral Springs Major I Tune Up 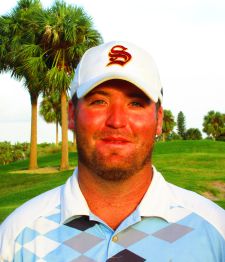