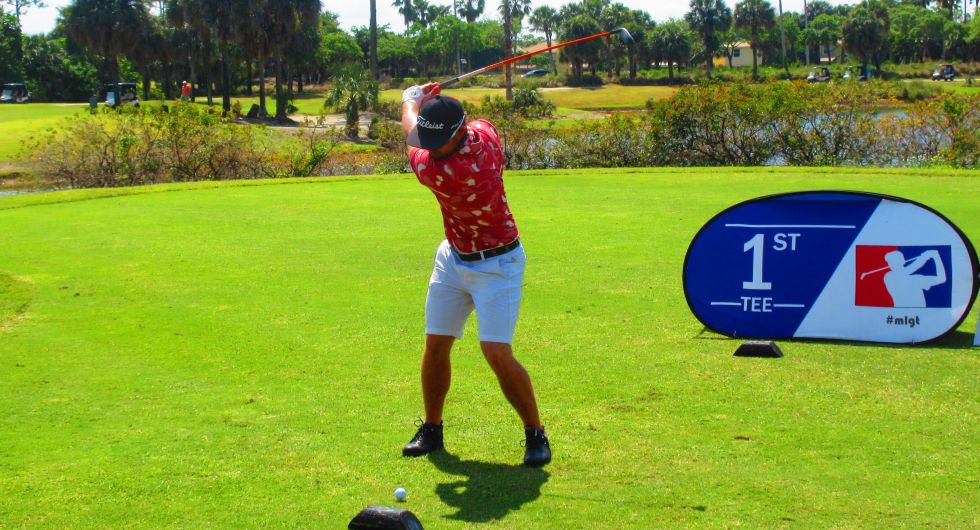 ROYAL PALM BEACH, Fla. - Evan Grenus from Glastonbury, CT survived a three hole playoff to earn his first win on the MLGT. After tying Carr Vernon and Michael Graboyes at 3-under par 69 Grenus's par on the 3rd extra hole was enough for the win.

Today's event was the second of three that make up Monday Qualifier Contest #3 presented by Abacoa Golf Club. The professional with the lowest cumulative score for the three events wins a $1k bonus to compete in a Monday qualifier on the PGA Tour or Korn Ferry Tour. The contest ends Friday at Fountains Country Club. Here is how we stand with one event to go. 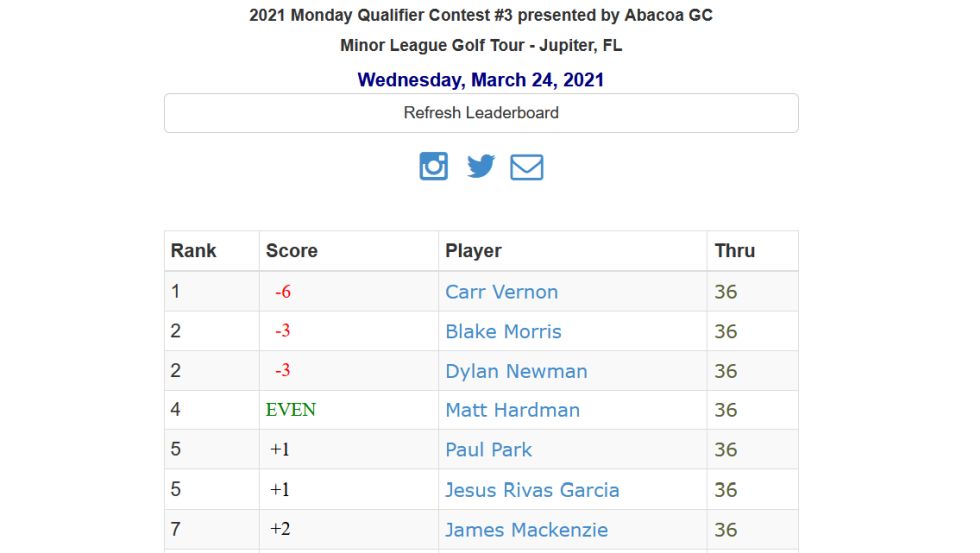 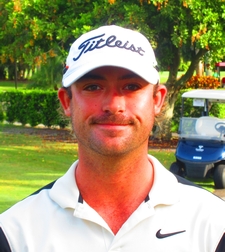