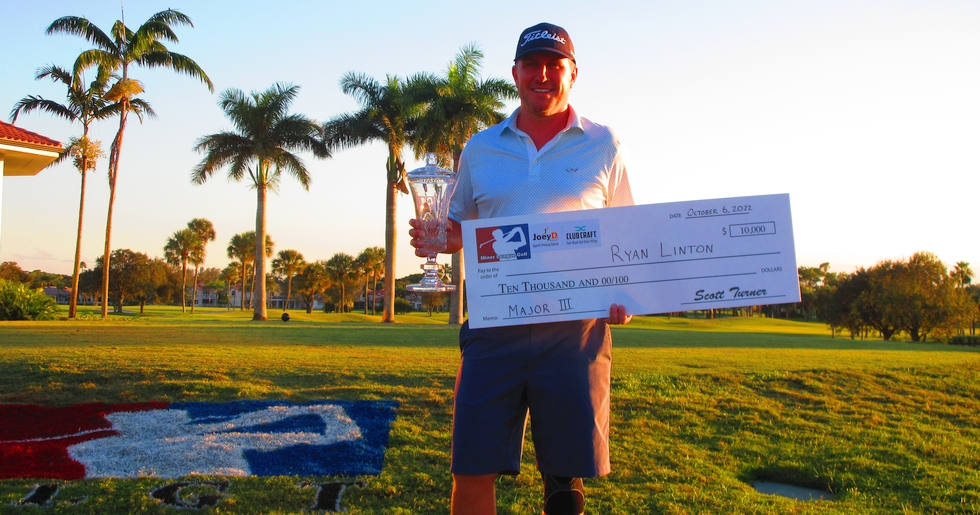 PALM BEACH GARDENS, Fla. - Ryan Linton from Lake Forest, IL added 65 to a first round 67 to finish at 8-under par 132 and three clear of the field on the Champion course at PGA National to win 2022 Major III presented by Joey D Golf. 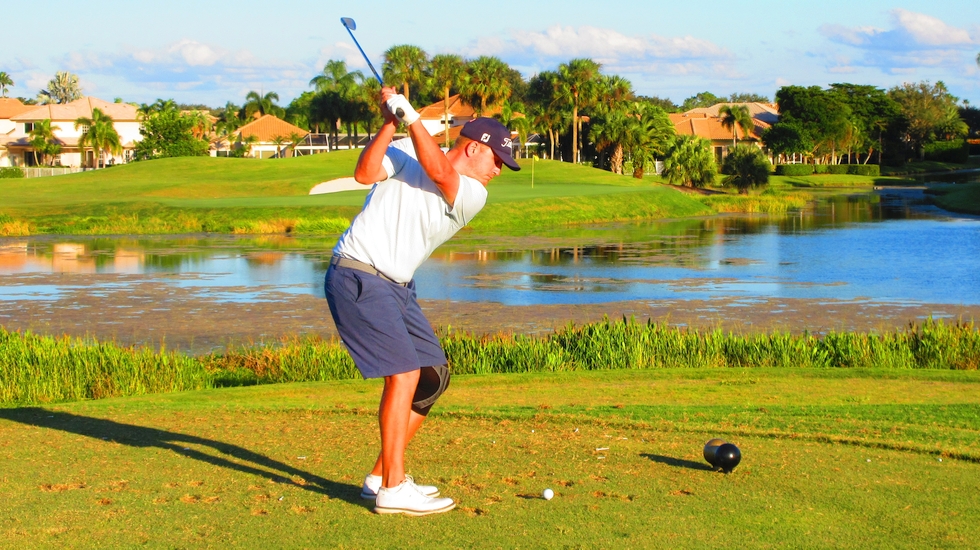 Tied for 2nd at 135 were David Sanders, Ben Silverman and Jordan Gumberg. Gumberg had the low final round score with 64. They earned $3,100 each from the $43,260 purse. Sanders and Silverman added $410 from the bonus pool raising their earnings for the event to $3,510.

Piri Borja won the only skin of the day with an eagle on the par-5 3rd hole worth $940.

Cory Sciupider and Nicklas Staub made hole in one's in the final round. Sciupider on #5 and Staub on #17 in the Bear Trap. Congratulations guys!

Amateur Frank Kennedy finished in a tie for 5th at 2-under par 138 earning $1,700. The maximum allowed per USGA rules for an amateur to accept is $1,000 so the remaining $700 was spread throughout the rest of the purse.

In a second day shootout Thursday among players who scored 74 or higher Wednesday, Brett Stegmaier won $231 with a final round score of 67.

A big thank you to PGA National and their members for hosting and Joey D Golf and Clubcraft for sponsoring the event and adding $1k to the purse.

PALM BEACH GARDENS, Fla. - Ricardo Celia from Miami, FL continues his fine play with a bogey free 5-under par 65 on the Champ course at PGA National.

Tied for 2nd one shot behind are Piri Borja and Cory Sciupider. A trio of players is tied for 3rd after opening round 67's.

There were two skins out worth $470 each. Click on any of the $ symbols under the skins/total tab to view the skins results.

There is an optional $50 2nd day shootout for players at 74 and higher. 100% of the entry goes into the purse and the top 33% and ties will earn a check. If you'd like to participate you must sign up and pay online before the first tee time on Thursday. 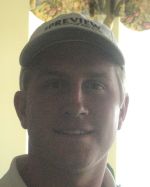