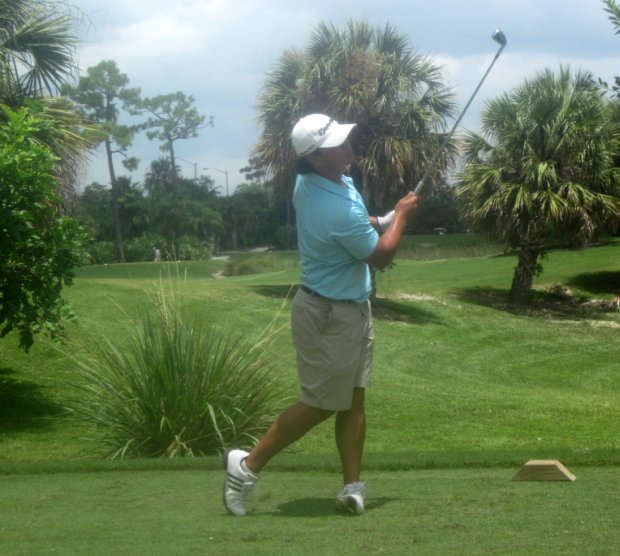 There are four 18-hole tournaments remaining in the contest, on Wednesday at The Wanderers Club, Wellington, and three next week. The contest’s money leader will have his entry fee paid into Q school later this year.

There was $180 in the Day-2 Skins Pot, Eric Cole birdied four and Steve LeBrun eagled the eleventh hole.  Each skin worth $90.  Tim Turpen won the whole Day 1 Skins pot of $190 with an eagle on the par-5 eleventh hole.