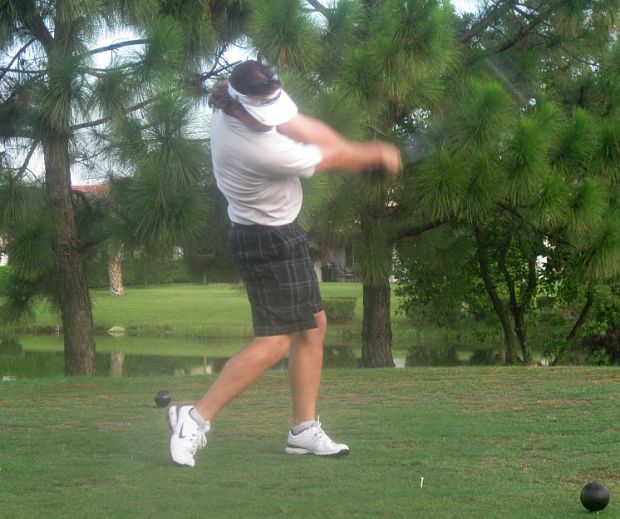 PALM CITY, Fla. – Steve LeBrun of West Palm Beach eagled the 17th hole Monday at Hammock Creek to clinch his 24th Fuzion/Minor League Golf Tour victory, his 12th this year. After his only bogey of the day at the first hole, LeBrun rallied with three birdies on each nine before the decisive eagle. At 65, he won by a stroke.

Brett Bergeron or LaPlace, La., tied for second place with Brandon Lee of Fort Myers, and Pierre-Henri Soero of Palm Beach Gardens at 6-under par 66. Bergeron won the first of 7 Fuzion/MLGT Q-School Contests in June of last year.

With just two events remaining in the Q-School Contest, Tim Turpen of West Palm Beach holds a $434.42 advantage over Sunny Kim. Kyle Willmann is in third place, followed by Pierre-Henri Soero in fourth, Brad Klapprott in fifth, Brett Bergeron in sixth and Jacob Korb in seventh.  All seven players have a statistical chance, yet everyone outside of the top two needs to win at least one event to have a shot at the bonus.