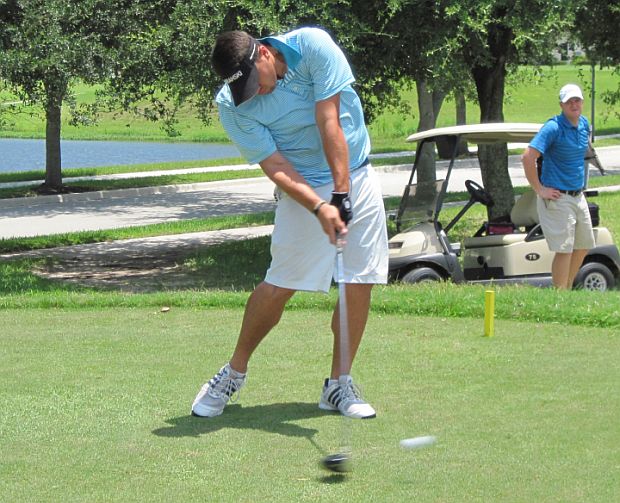 In the playoff O’Mahony found himself in the lip of the right fairway bunker. He exploded out, then got up and down for par from 65 yards out with his conforming 55 degree wedge. Anderson rolled his birdie putt to within inches and they halved the first playoff hole with par-4s. After Anderson hit his second shot into the water at the par-5 second, O’Mahony hit his second shot on the green and two-putted from 20 feet for the birdie and the win.

O’Mahony earned $900 from the $4,595 purse. A 2009 graduate of Nova Southeastern University in Davie where he earned Sunshine State Conference Player of the Year honors as a senior, O’Mahony won the Palm Beach Open as an amateur last summer, then turned pro and won two MLGT events in the fall.

Anderson has 10 MLGT victories, six this year. He received $600 here and was the winner of the April Q-School Contest.

The final event of the year’s fifth Q School contest is scheduled Thursday at Jacaranda in Plantation. The leading money winner, currently Sunny Kim of Palm Beach Gardens by $3.08 over Tim Turpen, will have his entry fee paid into the PGA Tour’s national qualifying tournament later this year.