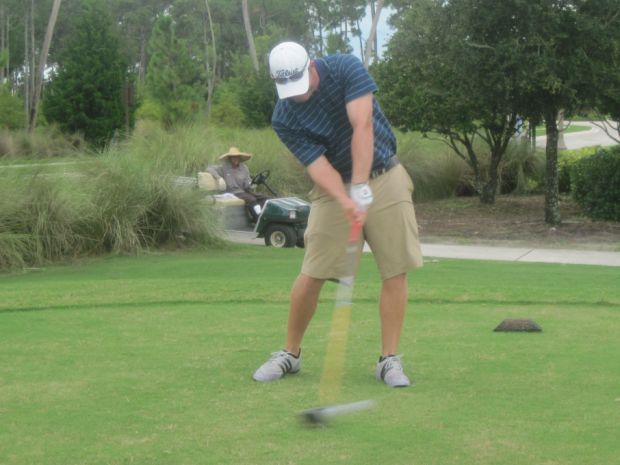 JUPITER, Fla. – Mike Adamson of Stuart birdied the second playoff hole Monday to win a Minor League Golf Tour event at Jupiter Country Club. Adamson sank a six-foot putt from behind the hole at the par-4 18th hole to outlast Tim Turpen of West Palm Beach after they tied at three under par 69. They had halved the par-4 first hole of the playoff.

In regulation, Adamson had five birdies and bogeyed the 18th hole for his second error of the day. It was Adamson’s third MLGT title. He earned $900 from the $5,376 purse. Turpen birdied the last three holes and had six for the day to go with three bogeys. He received $600.

Entries are still being taken for the 54-hole Sunshine State Classic Wednesday through Friday at nearby Abacoa GC. The winner is guaranteed $5,000.