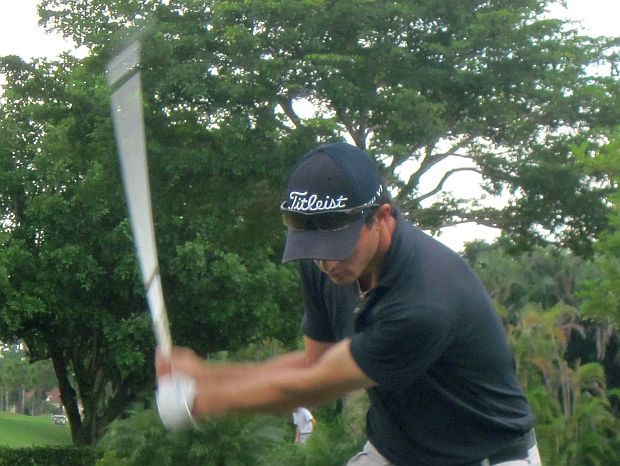 After Lytle and David Smith of Ruston, La., tied at six under par 66, the latter hit his second shot into the water enroute to a double bogey, giving Lytle an easy victory at the par-5 first hole.

Lytle earned $800 from the $4,693 purse. Smith, who has three MLGT victories, received $525 for second among 38 starters. Overall, Lytle and Smith each made an eagle, five birdies and a bogey.

Derek Fathauer of Jenson Beach, FL, Steve LeBrun from West Palm Beach and Dustin Wallis of Noble, OK shot 67 and tied for third place, one shot ahead of Richard Terga from Palm Beach Gardens. Eight players tied for seventh place with 2-under par 70.