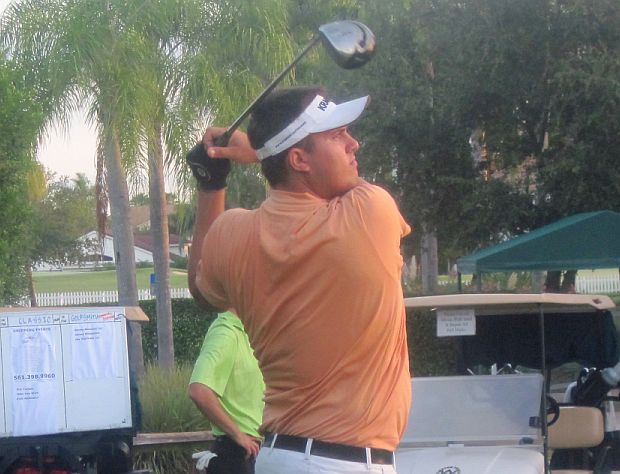 LAKE WORTH, Fla. – Greg O’Mahony of Tequesta fired a seven under par 65 Friday at Winston Trails Golf Club to win his third Fuzion Minor League Golf Tour title in the last 10 days and his fifth since turning pro a year ago.

O’Mahony scored four birdies and an eagle on the ninth hole to turn in 30, then added two birdies and a bogey coming back to win by two strokes. Sunny Kim of Palm Beach Gardens was second with 67 on six birdies and a bogey followed by Eddie Peckels at four under par 68. O’Mahony earned $625 from the $2,671 purse as 22 players competed in the MLGT’s 76th tournament this year.