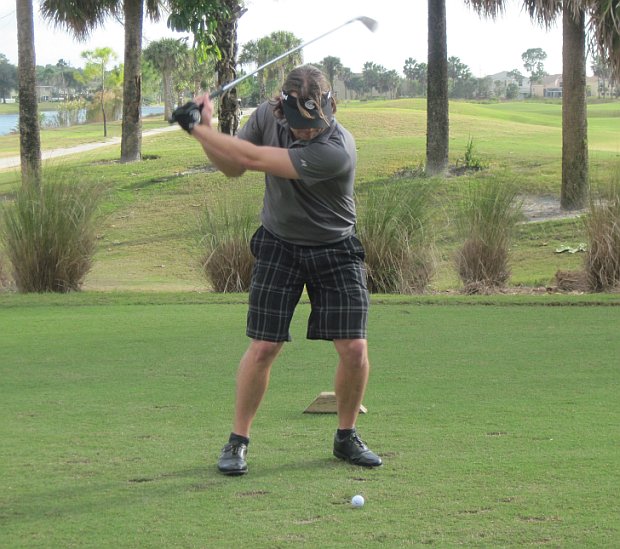 ROYAL PALM BEACH, Fla. – It took Steve LeBrun of West Palm Beach just a week to get his revenge on Chris Damiano of Jupiter, winning on the first playoff hole Tuesday after they tied at six under par 138 in a Minor League Golf Tour tournament on the Links at Madison Green.

On Jan. 24 at the TPC at Eagle Trace in Coral Springs, Damiano and LeBrun tied at 66 with the former winning with birdie on the second extra hole.

At Madison Green, LeBrun had consecutive 69s and was one of four players to share the first round lead. Damiano shot 72-66. LeBrun two-putted from 12 feet for the win after Damiano missed the green on his second shot, chipped long and missed the putt for par.

The MLGT has two 18-hole tournaments later this week, Thursday at the Champions Club in Stuart and Friday at Woodmont CC in Tamarac.