JUPITER, Fla. – John Stoltz of Kiamesha Lake, N.Y., birdied the sixth extra hole Monday at Abacoa Golf Club to earn his third Minor League Golf Tour title. Stoltz and Steve LeBrun of West Palm Beach had tied at four under par 68. They halved the first four holes with pars and the fifth with bogey-5s, the only bogeys either one made all day.

It was the MLGT’s longest playoff since July 10, 2006 when Mike Adamson won in seven holes at Hammock Creek in Palm City. 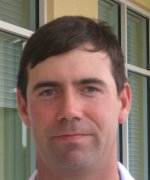