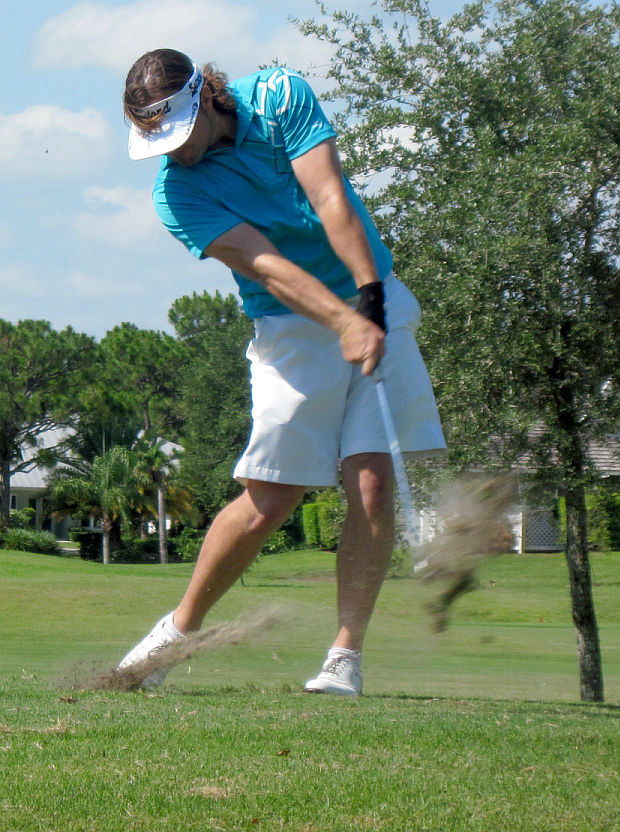 PALM CITY, Fla. – For the second time this week, Steve LeBrun of West Palm Beach birdied the first three holes and went on to earn victory on the Fuzion-Minor League Golf Tour.  LeBrun finished with a five under par 67 Wednesday on six birdies and a bogey at The Evergreen Club, his career record 31st MLGT title.  The 67 is the lowest round shot at The Evergreen Club since it was re-done.   He also won on Monday at Jacaranda Golf Club in Plantation after starting with three birdies on his way to a bogey-free six under 65.

If LeBrun wins a third time in this 14 day period, he will receive a $1,000 battlefield bonus from Fuzion Golf to be used toward his entry fee and expenses for Monday qualifying at a Nationwide Tour event. He will have four possible chances for that third victory: Thursday, Fountains CC, Lake Worth; May 31, Jupiter CC; June 2, Binks Forest GC, Wellington; and June 3, Estate course at PGA National, Palm Beach Gardens.

Mike Adamson of Stuart tied for second place with Alejandro Garmendia of Weston at 1-under par 71. Six player tied for fourth at even par 72.