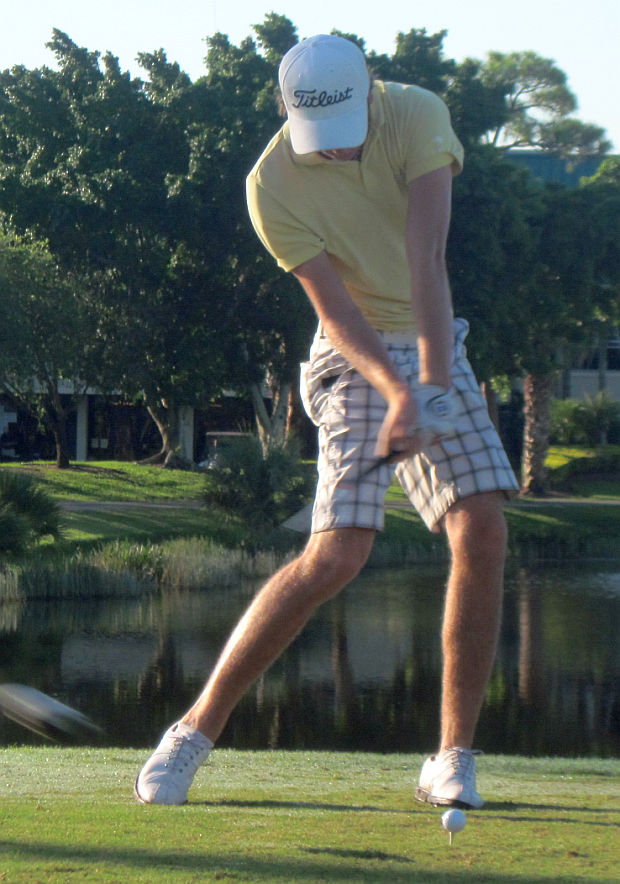 PLANTATION, Fla. – Alejandro Garmendia of Weston overcame bogies on the first hole two days in a row to win a Fuzion-Minor League Golf Tour event Thursday at Jacaranda Golf Club. Both days, he rallied to score 68-67—135 on the par-71 East course, winning by one stroke.

After his shaky starts, Garmendia birdied the ninth, 10th and 11th holes both days and also birdied No. 12 Wednesday. He made five birdies each round and three bogeys overall and earned $2,000 from the $9,554 purse. It was Garmendia’s second MLGT victory. He won June 6 at Indian Spring west of Boynton Beach.

There were 34 starters in the MLGT’s 105th tournament of the year, including Alexis Thompson, 16, of Coral Springs who recently became the youngest winner in LPGA tournament history. Earlier in the day it was announced her application for LPGA membership in 2012 was approved. Previously, the minimum age was 18. Playing the course about 200 yards shorter than the men, she shot 72-70—142 here, tied for eighth.

Matt Springer won the whole Day 1 skins pot of $210 with and eagle on the 5th hole.