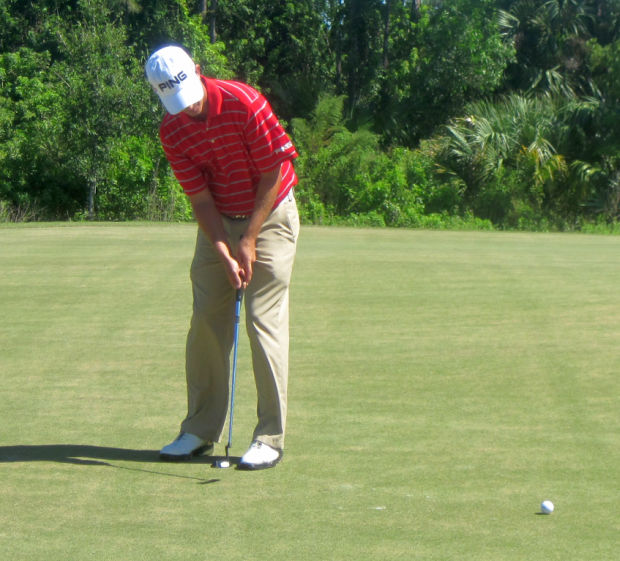 STUART, Fla. - Justin Peters birdied the first extra hole Friday to edge Derrick Bohannon in a battle between Martin County golfers on the Fuzion-Minor League Golf Tour. Peters sank an 18 footer on the par-4 first hole for the win at the Champions Club at Summerfield after Bohannon hit his second shot over the green.

In regulation, each made four birdies and three bogeys for one under par 71. Both birdied the par-5 18th hole. It was the 29th MLGT victory for Peters, of Stuart, who earned $525 from the $1,755 purse. Bohannon, of Jensen Beach, has 16 wins on the MLGT. Second among 14 starters in the event rained out Monday, he received $400.

Event rescheduled for Friday after rainout on Monday