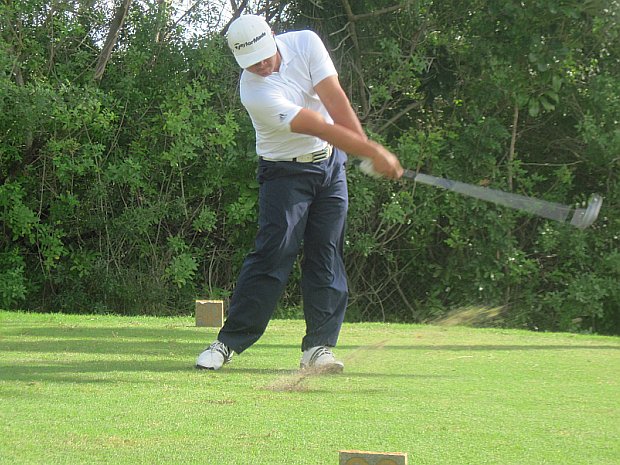 LAKE WORTH, Fla. – Sunny Kim of Palm Beach Gardens birdied the second playoff hole Monday at Fountains Country Club to win the final event of the year in the Golfslinger.com/Minor League Golf Tour.

After they tied at four under par 67 and matched par-4s at the 10th hole of the North course, Kim won when he birdied the par-5 11th as both Justin Peters of Stuart and Ben Silverman of Delray Beach both hit into the water.

It was Kim’s 14th career MLGT victory, his second in 11 days. He won the Tour Championship Dec. 8 at Abacoa Golf Club in Jupiter on the third playoff hole. Kim earned $900 from the $5,250 purse. Peters and Silverman, tied for second among 42 players, received $587.50 apiece.

The Minor League Golf Tour, which staged 132 tournaments this year, begins its ninth season Jan. 6 at Jacaranda-East in Plantation under a new name, the Golfslinger.com Tour.

NORTH GOLF COURSE: RANGE will be Limited to irons only!!!!