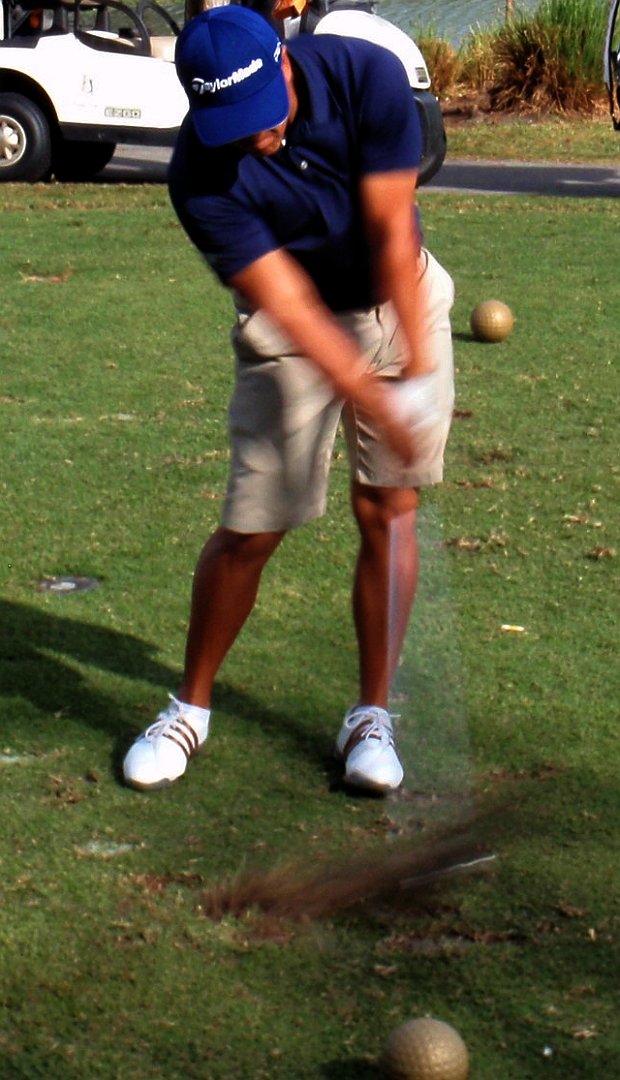 CORAL SPRINGS, Fla. – Sunny Kim of Palm Beach Gardens parred the first extra hole Monday for his 15th victory on the Golfslinger.com Tour. Kim outlasted Steve LeBrun of West Palm Beach after they tied at four under par 68 at the TPC at Eagle Trace.

In regulation, Kim made five birdies and a bogey, LeBrun seven birdies and three bogeys. In the playoff which started at the par-3 17th hole, Kim two-putted from 14 feet behind the cup for the win, earning $1,000 from the $7,870 purse. LeBrun had hit his tee ball over the green, chipped back but missed his par putt from eight feet.

LeBrun, second among 65 starters, the largest field of the Golfslinger’s ninth season, received $650. He holds the Golfslinger record with 37 career victories and late last year he earned fully exempt status on the Nationwide Tour for 2012.

Teenager Alexis Thompson, who last year became the youngest player to win on both the American and European women’s tours, tuned up with a two under par 70 Monday, tied for third. Brother Nick Thompson was three more back at 73, tied for eighth. The men played the course at about 7,000 yards, Alexis Thompson at 6,800 yards.

The Golfslinger Tour has played seven tournaments this year and has two to go this month: Wednesday-Thursday, Champions Club, Stuart, and Monday, Binks Forest, Wellington.