Geoff Lee wins for the second time in a week
P.H. Soero finished 1 back with 69, Justin Peters and Kyle Willmann tied for third with 70
Monday, May 7, 2012 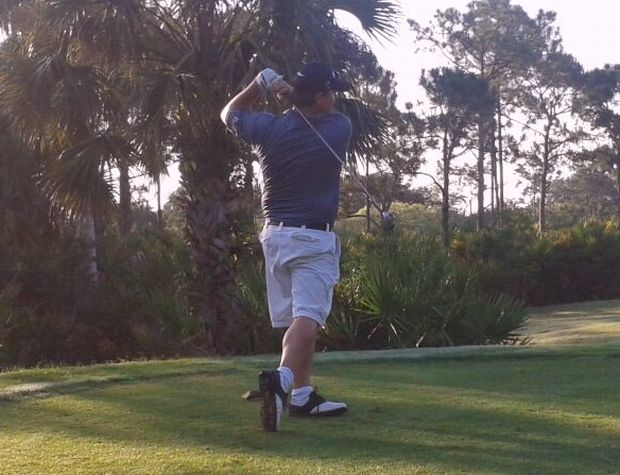 STUART, Fla. – Geoff Lee of Palm Beach Gardens won for the second time in the last three tournaments staged by the Golfslinger.com Tour with a four under par 68 Monday at The Champions Club at Summerfield. Lee edged another Palm Beach Gardens golfer, Pierre-Henri Soero, by a stroke.

Lee was more erratic than Soero. Lee had eight birdies, four bogeys and only six pars compared to Pierre-Henri’s four birdies and one bogey, at the second hole, for 69. Soero made it close when he birdied the 18th hole. After birdies at Nos. 10, 11, 13, 14 and 15, Lee bogeyed the 16th and 17th holes.

Lee scored his first Golfslinger victory last Thursday at Ironhorse. He did not play Friday at Emerald Hills. He earned $1,000 from the $2,805 purse here. Second among 17 starters, Soero received $500. He has 12 career Golfslinger victories, three coming in April.

Justin Peters of Stuart tied for third place with Kyle Willmann of Edmund, OK at 2-under par 70.

The Jupiter, Florida based Golfslinger.com Tour has two more 18-hole events this week, Wednesday at Abacoa and Thursday at Winston Trails.

Due to the small field size, there was over $300 added into the purse by the tour to honor our $1,000 first place check guarantee.  So far this year, the tour has added money into about 1/3 of the events to make the guaranteed payout of $1,000 for each 1-Day and $2,000 for each 2-Day event.  This added in money comes from your membership fees, which also fund the ten $1,000 Nationwide Monday Contests.

So, when you do the math, the GOLFslinger Tour is, by far, the best value in developmental golf. 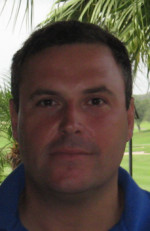