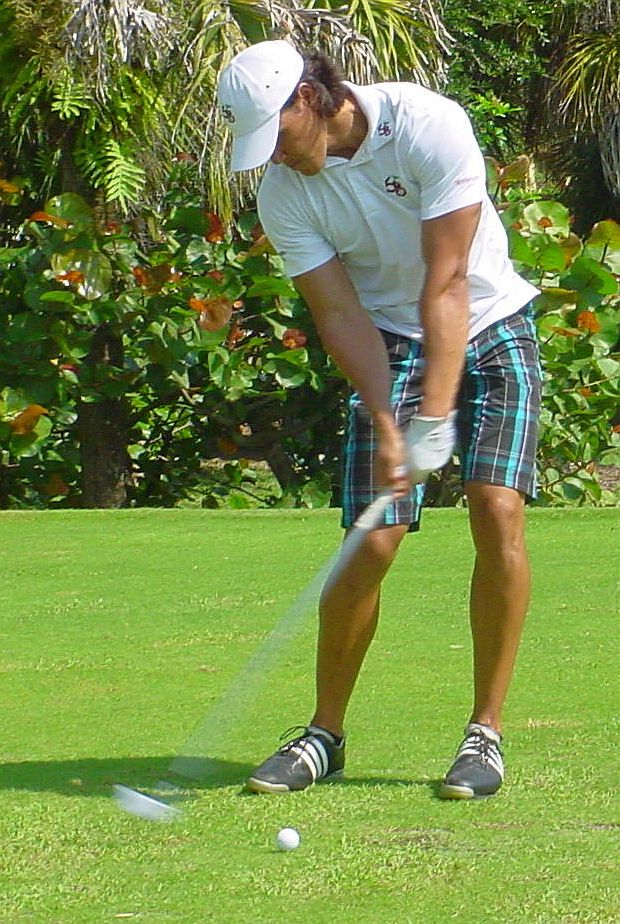 JUPITER, Fla. – Pierre-Henri Soero of Palm Beach Gardens eagled the second playoff hole Wednesday at Abacoa Golf Club to earn his 13th win on the Golfslinger.com Tour. Soero outlasted Jimmy Lytle of Ocean Ridge and Joachim Altonen of Deerfield Beach after they tied at four under par 68. Altonen hit his drive out of bounds at the first hole. Then Soero made a 30 footer for the win, leaving Lytle with a birdie opportunity he couldn’t try.

In regulation, Soero made six birdies and two bogeys, Lytle an eagle at the par-5 10th hole, three birdies and a bogey, and Altonen seven birdies and three bogeys. Soero received $1,000 from the $5,918 purse, raising his career Golfslinger earnings to $48,436 since March, 2008. Lytle and Altonen, tied for second among 44 players, got $630 apiece.

Four players, Scott Hawley of Shrewsbury, MA, Brad Klapprott of Keokuk, Iowa, Greg O'Mahony from Tequesta and Tim Turpen of West Palm Beach all finished a shot out of the playoff. Seven more shot 70, resulting in 14 players within 2 shots at the top.