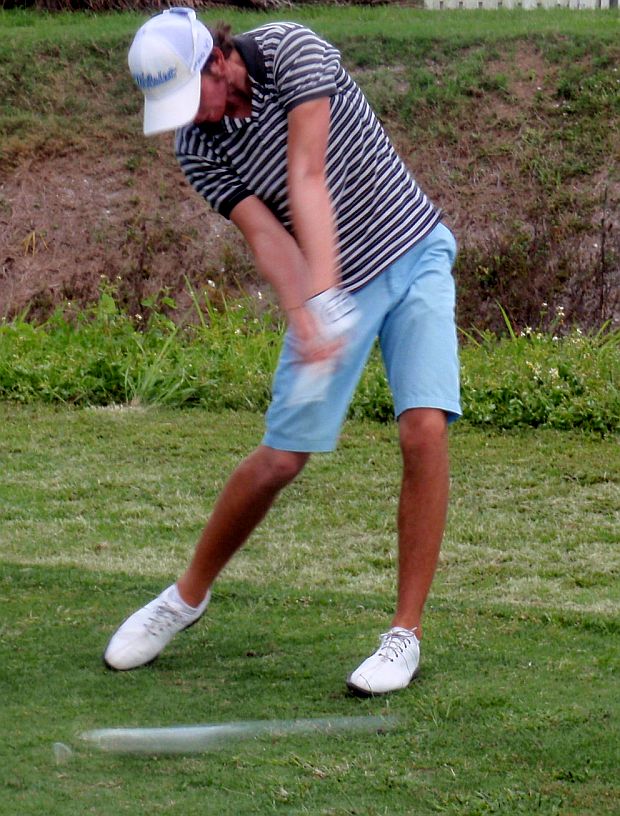 LAKE WORTH, Fla. – Alejandro Garmendia of Weston sank a five-foot birdie putt on the second playoff hole Thursday at Winston Trails Golf Club to win his fourth title on the Golfslinger.com Tour.

After they tied in regulation at six under par 66, Garmendia and Eric Beringer of Philadelphia, Pa., halved the first extra hole with par-4s. At the second, also a par-4, Garmendia hit his approach to five feet, then sank the birdie putt for the win after Beringer missed from 20 feet.

Fernando Figueroa of El Salvador tied for third with Nyasha Mauchaza from Harare, Zimbabwe at 5-under par 67 followed by Steve Krawczewski from St. Paul, MN alone in fifth place with 69. Four player tied for sixth place with 70.

The Golfslinger Tour will conduct its third bonus qualifier of the season over the next fortnight. The player with the most earnings in five tournaments covering six rounds will receive an additional $1,000 to be used for entry in a Monday qualifier on the PGA or Nationwide tour later this year. That schedule: May 14, Jupiter CC; May 16-17, Jacaranda GC; May 21, PGA National-Champion course; May 22, Club @ Emerald Hills; and May 24, Links @ Madison Green.