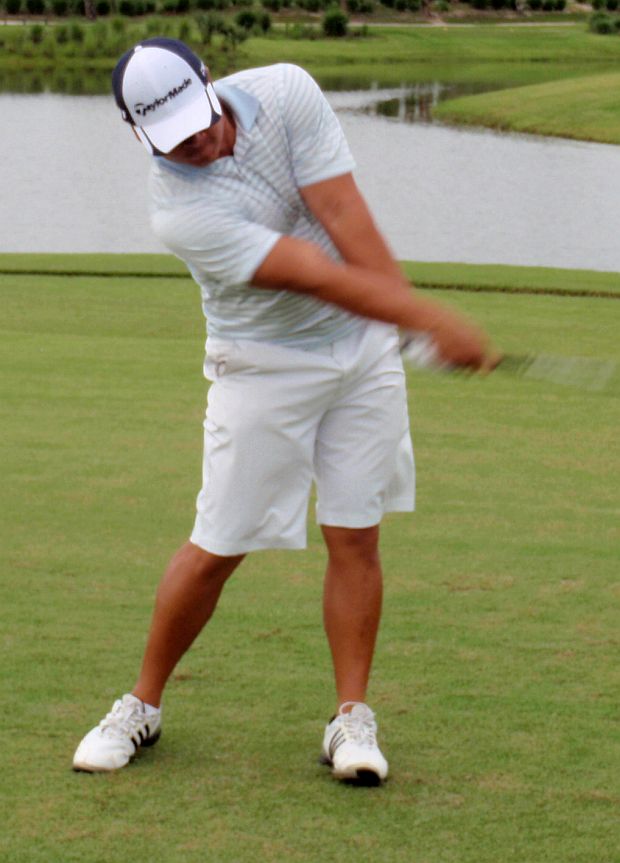 ROYAL PALM BEACH, Fla. – Sunny Kim of Palm Beach Gardens sank a 25-foot eagle putt on the second playoff Thursday at The Links at Madison Green to earn his 19th victory on the Golfslinger.com Tour.

With Paul Scaletta of Jupiter and Tim Cantwell of Palm Beach Gardens looking at birdie opportunities, Kim ended the contest with his winning putt at the par-5 second hole. After tying at five under par 67, they halved the first extra hole with par-4s.

In regulation, Kim eagled the par-5 eighth hole and made three birdies, Scaletta had six birdies and a bogey, and Cantwell scored five birdies. Kim received $1,000 from the $3,864 purse. Scaletta and Cantwell, tied for second among 28 entrants, got $500 apiece.

This was the Golfslinger’s 52nd tournament of the year, its 885th since starting in August, 2004. Three more 18-hole events are scheduled next week: Tuesday, Fountains CC-West, and Wednesday, Falls G&CC, both near Lake Worth; and Thursday, Champions Club at Summerfield, Stuart.