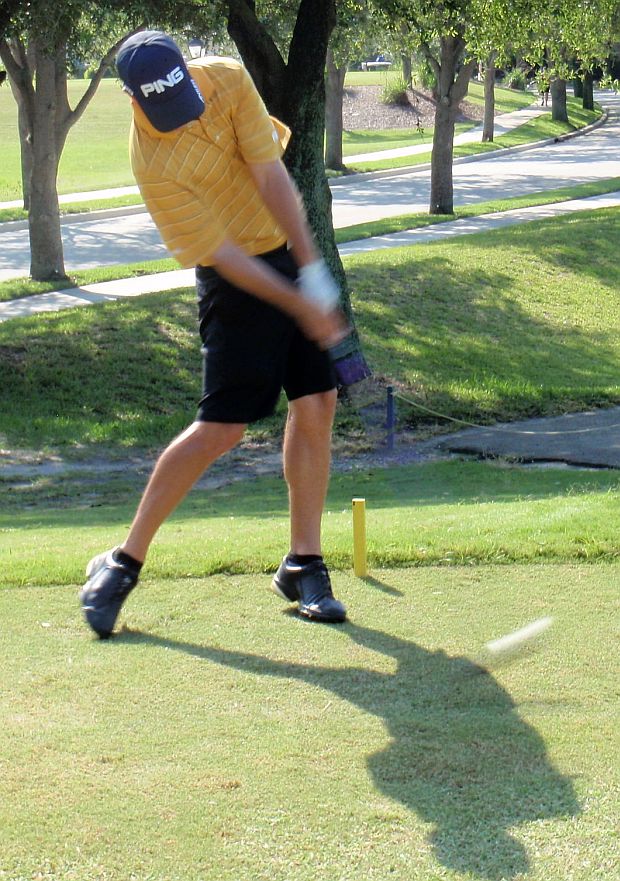 JUPITER, Fla. – Justin Peters of Stuart edged Tim Turpen of West Palm Beach in a final round duel that went to the final hole Thursday in a Golfslinger.com Tour event at Abacoa Golf Club. Tied at 14 under par while walking up the 18th fairway, Peters missed the final green left and pitched to 12 feet. Turpen was short and right in two, pitched to 30 feet and his par putt was on line but just a couple of inches short. Then Peters made his par putt for the win, edging Turpen, 130 to 131.

It was Peters’ 33rd Golfslinger title, his first since a 36-hole tournament at Binks Forest in February. He scored a pair of 65s with four consecutive birdies each day, starting at No. 4 Wednesday and at the 10th hole Thursday. The opening round was highlighted by an eagle-3 at the 10th, seven birdies and two bogeys for 30-35. He had eight birdies and a bogey Thursday with splits of 34-31. Peters earned $2,000 from the $7,545 purse.

So at the half way point in the contest, Tim Turpen leads Sunny Kim (who shot -8 under par 64 on Thursday) by 1 and Derrick Bohannon by 4 with three rounds remaining.