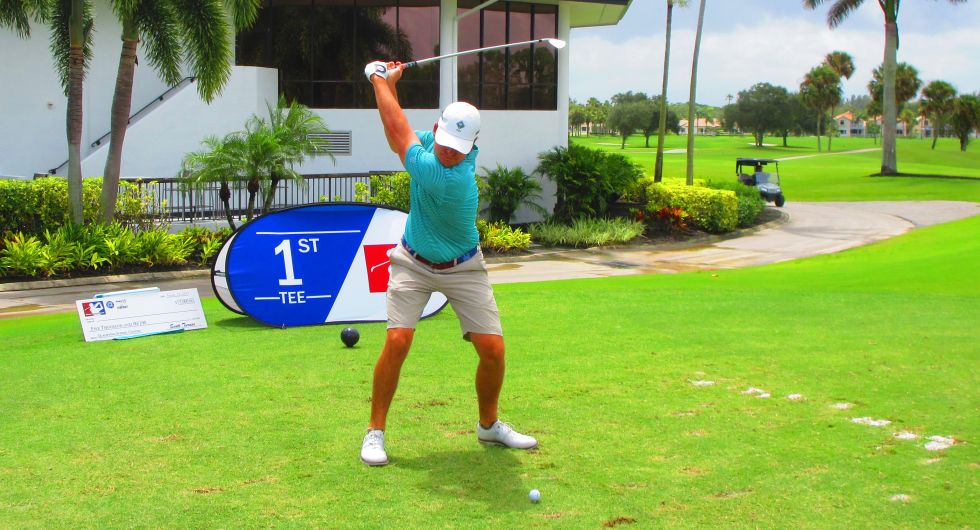 PALM BEACH GARDENS, Fla. - Sean Jacklin from Bradenton, FL birdied the final hole in regulation to get into a playoff and then won on the 2nd playoff hole with a par. Jacklin and Eric Cole tied in regulation at even par 140. Jacklin had the low final round with 68.

They halved the first playoff hole with routine pars then Jacklin found himself in the front bunker on the par-4 2nd while Cole was 35 feet away for birdie. Jacklin hit a great bunker shot to 3 feet. Cole would run his first putt 5 feet by and miss the combacker leaving Jacklin a short one for the win. 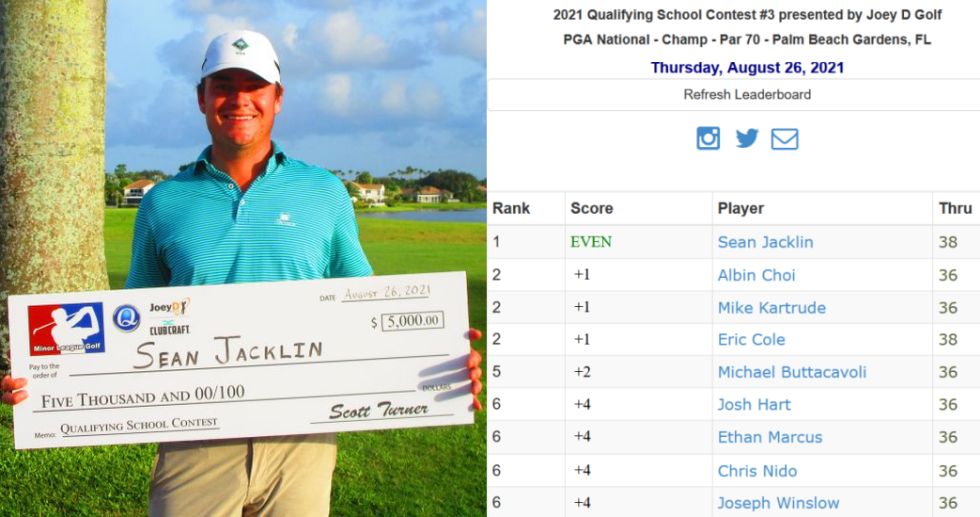 Eric Dietrich and Joseph Winslow won $191 each in the 2nd Day Shootout with scores of 69. It was open to players that were outside the money (75 and higher) after day 1.

A big thank you to PGA National and it's members for hosting and to Joey D Golf for sponsoring the event.

Michael Buttacavoli and Albin Choi share the lead on the Champ with even par 70's
No one in the field broke par on a tough, windy opening round

PALM BEACH GARDENS, Fla. - Michael Buttacavoli and Albin Choi matched par 70 on day one on the Champ course at PGA National and will enter the final round tied for the lead.

No one in the field broke par on a windy and challenging day on one of Jack Nicklaus' masterpieces.

28 of the 50 players chose to enter Qualifying School Contest #3 presented by Joey D Golf. The winner will earn $5k to put towards their Q-School entry fee. Because more than 25 players entered the remaining money ($600) will go toward the 2nd place finisher's Q-School. Here is how we stand entering the final round. 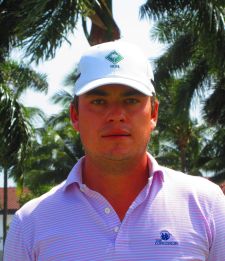