12 of the 26 players at final stage of Q-School with MLGT experience earn full status on the 2019 Web.com Tour
Steve LeBrun and Olin Browne Jr. won their Q-School entry during one of the five Qualifying School Contests in 2018
Sunday, December 9, 2018

Congratulations to these 26 players that have competed on the Minor League Golf Tour and have earned Web.com Tour status for 2019. Web.com Final stage was contested December 6-9 at Whirlwind Golf Club in Chandler, AZ.

At the Final Stage of Web.com Q-School the 2019 Web.com Tour cards were handed out as follows. 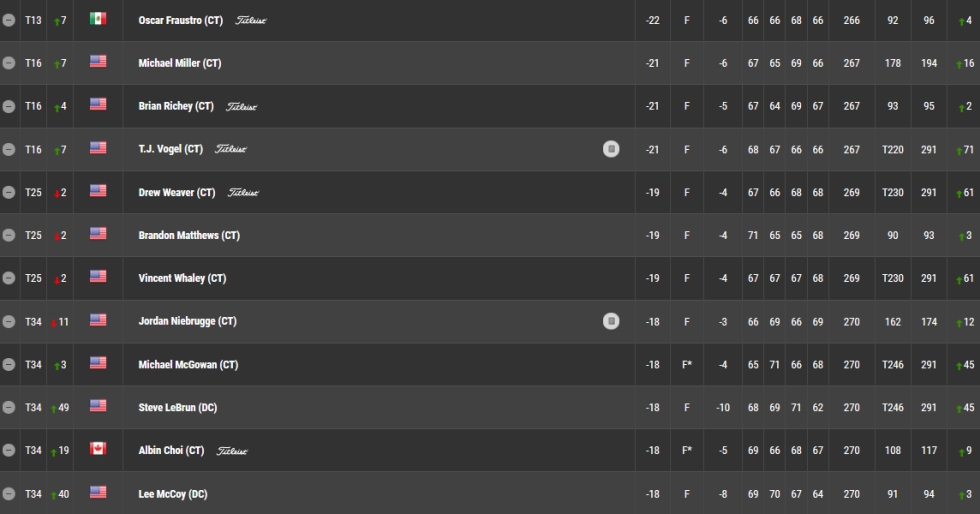 Steve LeBrun and Olin Browne Jr. won their Q-School entry fee by winning one of the five Qualifying School Contest's in 2018. LeBrun fired a final round 62 to finish T34 and earn full exempt status through the second reshuffle.

Congratulations and good luck next year on the Web.com Tour!