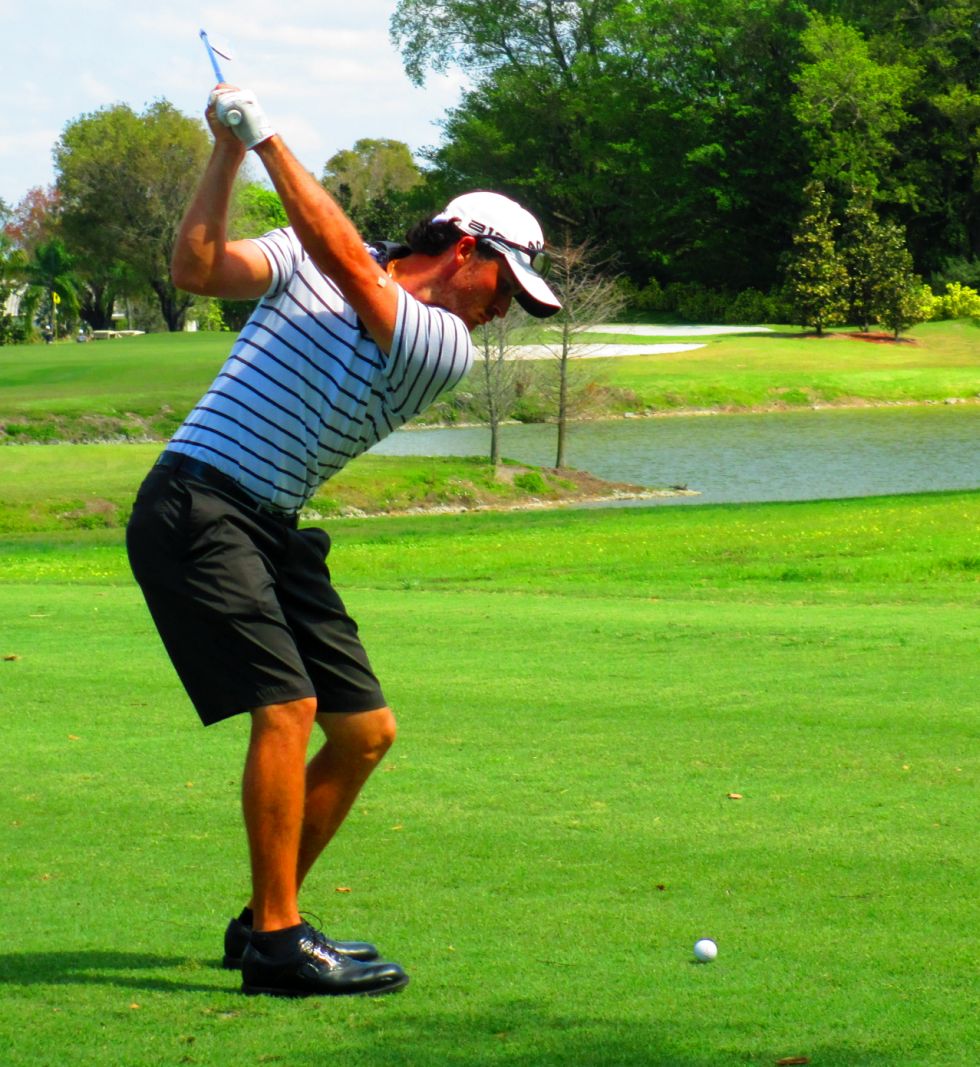 CORAL SPRINGS, Fla. – Jimmy Lytle of Ocean Ridge birdied the last two holes of regulation and the first hole of a playoff Monday to win a Golfslinger.com Tour event at the Country Club of Coral Springs.

It was Lytle’s 38th Golfslinger victory since July, 10, 2006, tied for second-most on the Palm Beach County-based mini-tour which began play in August, 2004. He had tied at five under par 66 with Jonathan Orchin of Washington, D.C., and Zach Barlow of Percy, Ill. Neither Orchin nor Barlow has won on the Golfslinger Tour. Lytle had a tap-in for the win at the par-5 first hole. Both Orchin and Barlow missed 10 footers to tie.

Before his big finish, Lytle made four birdies on the front, bogeyed the 11th and 12th holes and birdied No. 14. He received $800 from the $4,290 purse, raising his career earnings to $143,972. Orchin birdied the 16th and 18th holes to finish with five birdies. Barlow had six birdies, one bogey and parred the last four holes. Each collected $565.

There were 33 starters in the 25th tournament of the year. Next on the schedule: Tuesday, Winston Trails GC, Lake Worth, and Thursday, Champions Club at Summerfield, Stuart.