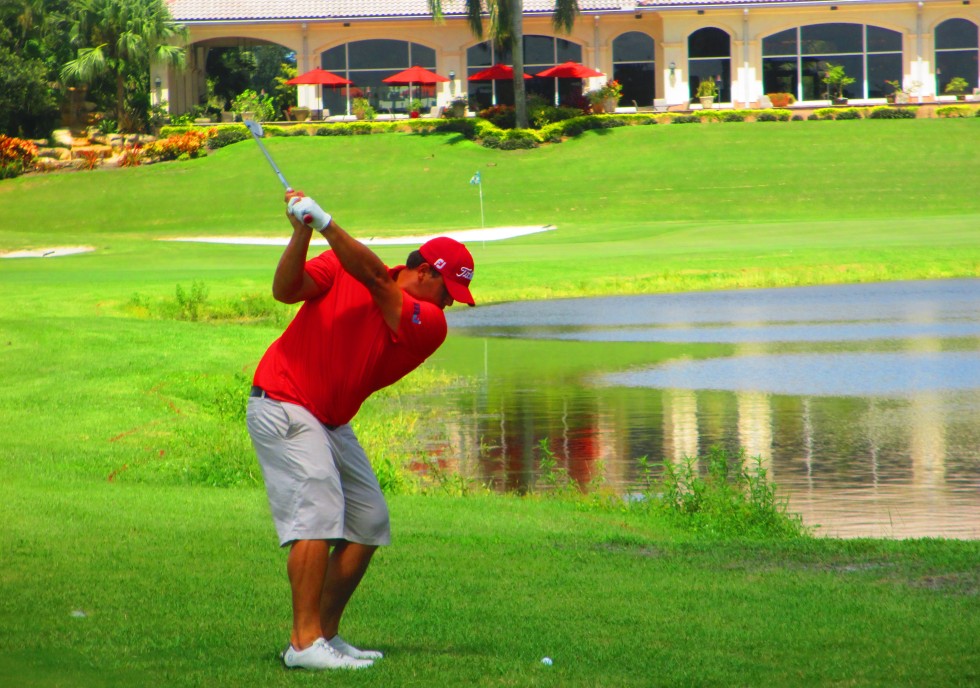 JUPITER, Fla. – Greg O’Mahony of Tequesta opened with five straight 3’s Monday enroute to a five under par 67 at Abacoa Golf Club for his 19th victory on the Golfslinger.com Tour, his first since July, 2013. After his unusual start of birdie-eagle-birdie-par-birdie, O’Mahony added three birdies and three bogeys on his last 13 holes.

A three-time All-American at Nova Southeastern University in Davie, O’Mahony has earned $82,980 since joining Golfslinger in August, 2009. He received $635 from the $3,100 here.

Matt Ceravolo of Palm Beach Gardens got a horrible break on the 18th hole when his 7-iron approach shot plugged into the greenside bunker. His only shot was to chop it out away from the flag resulting in a double bogey. He finished in a threeway tie for second at 68 with Justin Peters and Greg Etimos.