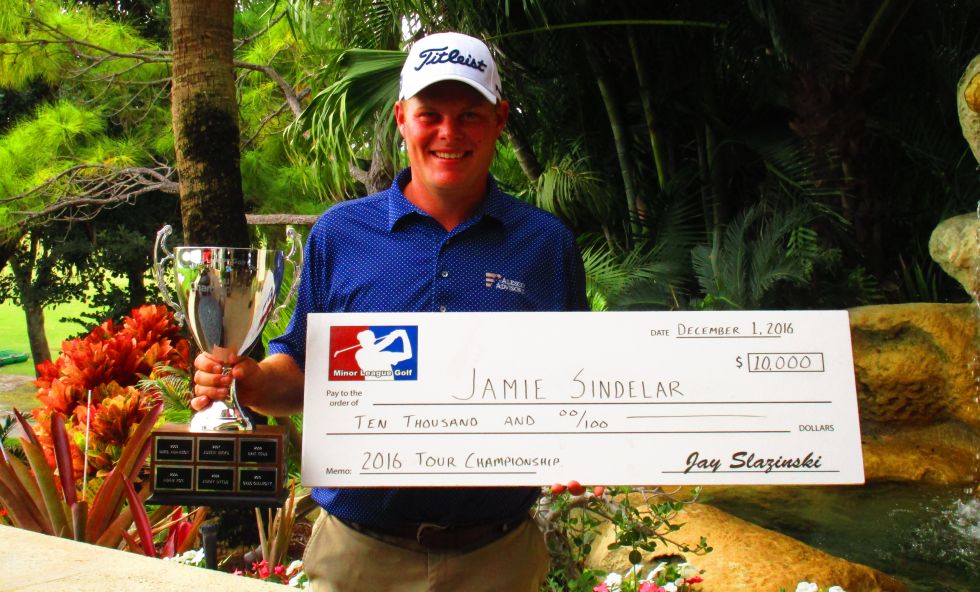 JUPITER, Fla. – Jamie Sindelar of Horseheads, NY, birdied the second extra hole Thursday to win the Minor League Golf Tour's 12th annual Tour Championship at Abacoa Golf Club. The son of Joey Sindelar, a winner on both the PGA Tour and Champions Tour, Jamie outlasted Christian Brand of Scott Depot, WV, after they tied at 11 under par 133. Sindelar earned $10,000 for the win along with the coveted Tour Championship trophy.

In the playoff, both birdied the par-5 10th hole, Sindelar from 8 feet and Brand from 5 feet. At the par-4 11th, Brand's 15 footer slid just past the hole on the left side leaving the door open for Sindelar. He knocked his 6 foot birdie putt right in the middle for the victory. In regulation, Sindelar made an eagle at the par-5 second hole and three consecutive bogeys on the back nine Wednesday, but also had three birdies the first day. Sindelar played a bogey free final round on Thursday that included 9 birdies. Brand had an eagle at the par-5 10th Thursday to go with 11 birdies and 2 bogeys overall.

There were also two $1,000 skins: Lucas Duperre Vanden Hecke of Montreal, Quebec, with birdie-2 at the eighth Wednesday, and Bryden Macpherson of Melbourne, Australia, an eagle-2 at the 11th Thursday.

The 84-player field was the MLGT's largest ever for a Major tournament. It was the 107th event of the year, No. 1,421 since the tour began in August, 2004. The second largest Major field was the 2012 Tour Championship won by Brooks Koepka. 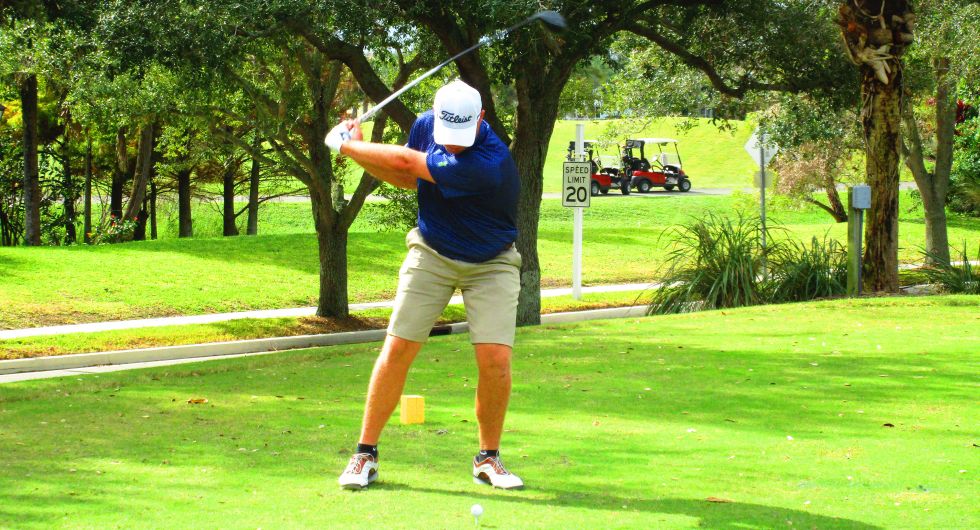 A big thank you to Abacoa Golf Club for hosting the Tour Championship.

J. Lytle, S. LeBrun & Dan McCarthy lead Tour Championship with 67's
24 players are within 4 shots of the lead entering the final round

Twenty four of the eighty four participants are under par and within four shots of the lead entering the final round. The winds gusted to 25 mph during the opening round at Abacoa Golf Club which made the course play tough.

The Minor League Golf Tour hosts 4 Major tournaments each year with the fourth and final Major being the Tour Championship. Since the Tour's inception in 2004, this year's Tour Championship field of 84 participants is the largest Major field yet. The next largest was 81 for the 2012 Tour Championship won by Brooks Koepka.

There was only 1 skin out on day one worth $1,000. Click on any of the links under the skins column to view the skin results.

Today we had a very unfortunate rules situation occur. A player hit their drive left on 18 , over the hills toward the driving range, which is OB. Because it could not be seen where it finished and it was downwind, the player decided to hit a provisional for OB, which his playing partners were in favor of.

When they drove over the hills there was more room than they had thought, but the ball was not to be found. It was noted that the range picker had just driven through the area, some of which was in play and the rest of which (the driving range) was OB. Upon checking the baskets, the players ball had been collected. The player invoked rule 3-3, and played his provisional ball and a substituted "dropped ball" from a spot in play that he determined was the likely spot his original ball came to rest.

The committee contacted the USGA rules department and explained the situation.

The USGA had a rules meeting going on and this situation was discussed by them at length. Their conclusion was that it is up to our committee to decide, but based upon the known facts and that it is impossible to determine if it was in or out and where to even drop a ball, an error should be made in such a way to protect the field. Based upon this and all the information collected, we very reluctantly, had the player count the score for the provisional ball.