Two players making their first MLGT starts, tied for second at 65. JD Dornes of Lancaster, PA, bogeyed his first two holes but rallied with eight birdies. Mario Beltran of Valencia, Spain, made six birdies in a bogey-free round. Each birdied the par-5 18th hole.

The Tour Championship starts in 5 days. It will be staged at Abacoa Golf Club Tuesday-Wednesday December 5-6. The 84 player field is full but you can sign up on the waiting list and if a spot opens up Tournament Director Scott Turner will reach out to you. 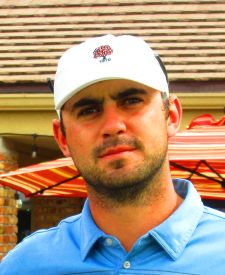