Dylan Newman and Brian Carlson share the win when darkness prevented a playoff
Both men tied at 5-under par 67 in regulation
Wednesday, February 24, 2021 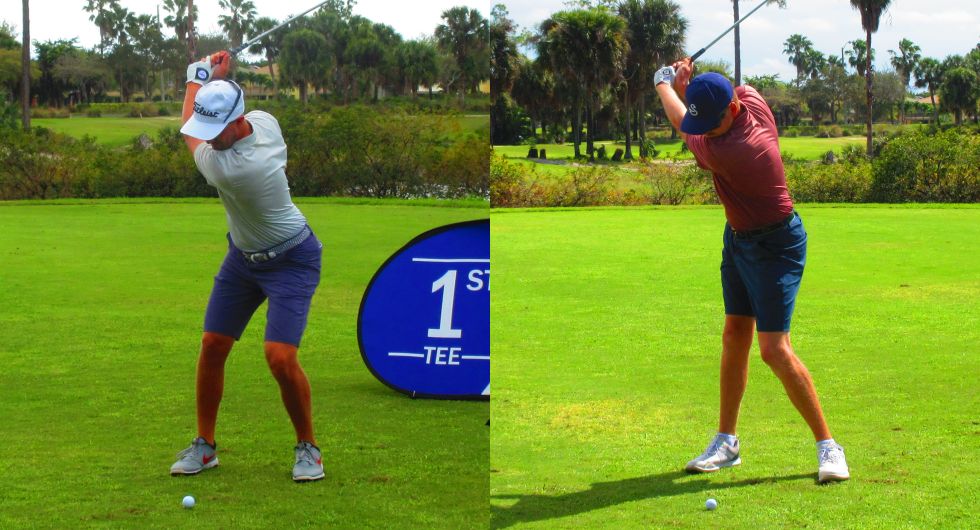 ROYAL PALM BEACH, Fla. – Dylan Newman of New Rochelle, NY, and Brian Carlson of Madison, CT, were declared co-champions Wednesday when darkness prevented a playoff at five under par 67 in a Minor League Golf Tour tournament at the Links at Madison Green.

Newman made five birdies, Carlson six birdies and a bogey. Each received $805 from the $5,665 purse. Newman collected another $223 from the optional bonus pool. It was the third MLGT victory for Newman, the second for Carlson. 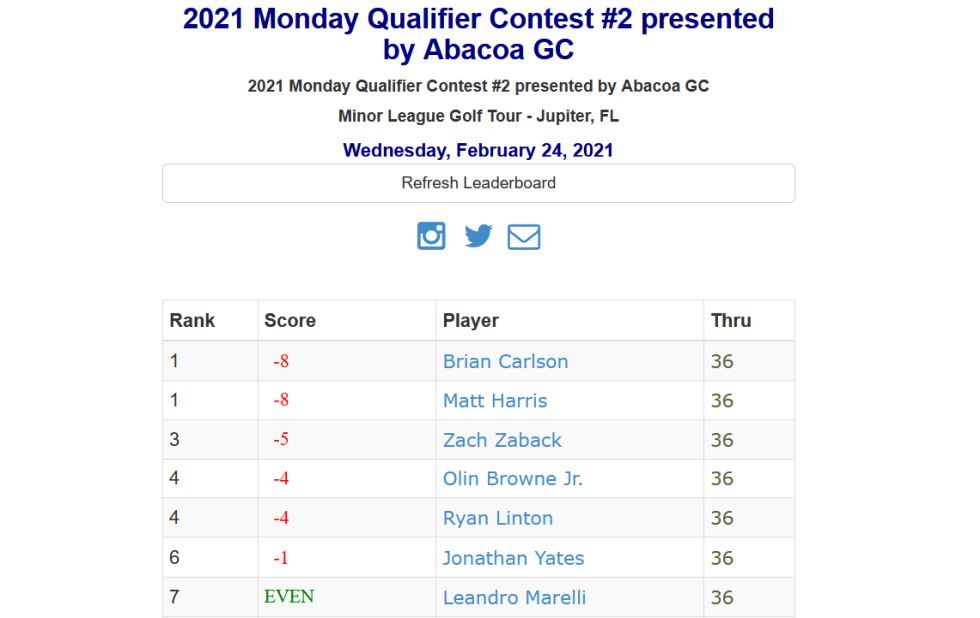 Today's event was the second of three consecutive MLGT tournaments this week that make up Monday Qualifier Contest #2 presented by Abacoa GC. The final event tomorrow at Eagle Trace will determine the winner. The low professional for the 3-days will earn a $1k bonus to compete in a Monday qualifier on the PGA Tour or Korn Ferry Tour. 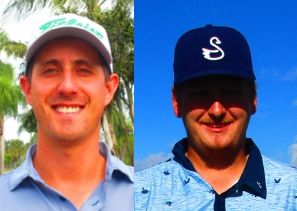