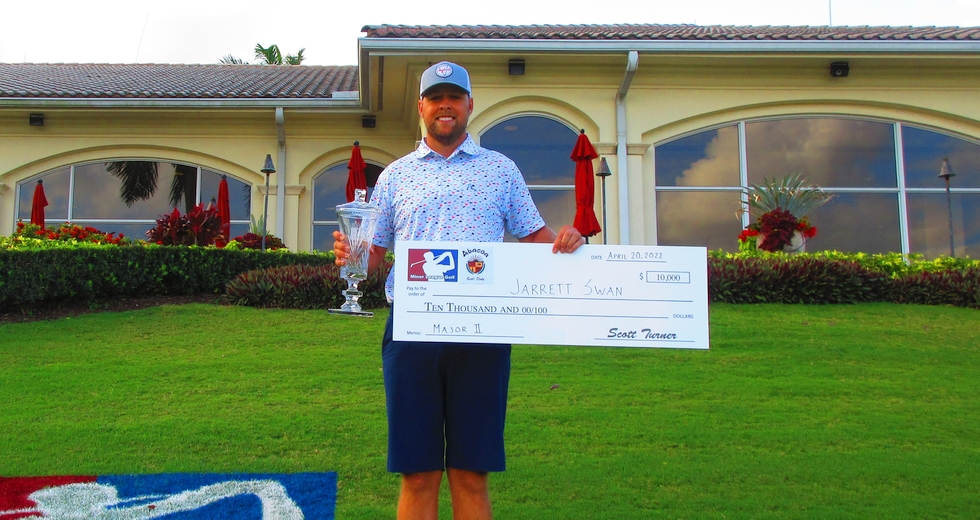 JUPITER, Fla. - Jarrett Swan from Mount Pleasant, SC turned the first round lead into his first win on the MLGT. He added a final round 67 to his opening round 67 for a 8-under par total of 134 and a one shot win in Major II presented by Abacoa Golf Club. 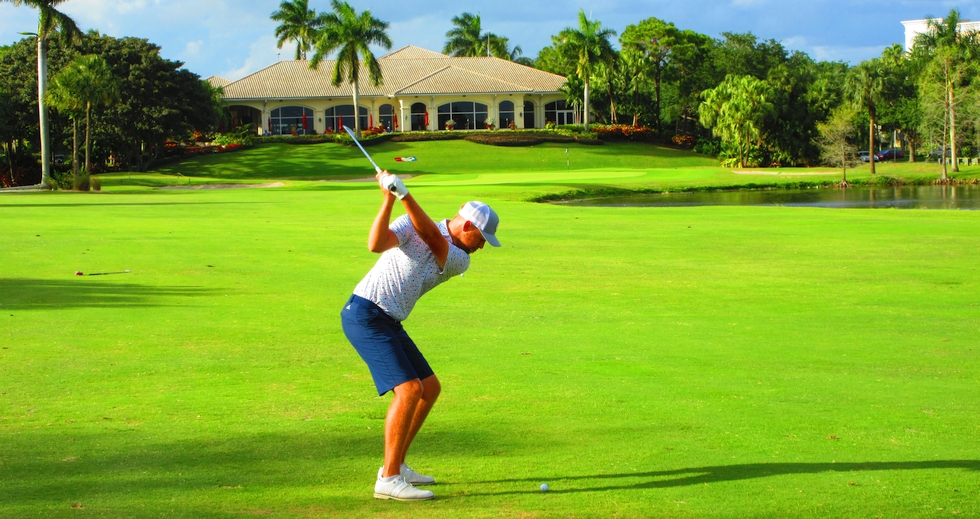 Spencer Mellon from Oakmont, PA birdied the difficult par-4 finishing hole to post -7 but it would be one short after Swan birdied 17 and made par on the last.

In a second day shootout Tuesday among players who scored 73 or higher Tuesday, Stephen P Grant won $217 with a final round score of 66.

A big thank you to Abacoa Golf Club and it's members for hosting and for sponsoring the event and adding $1k to the purse.

JUPITER, Fla. - Jarrett Swan from Mount Pleasant, SC will enter the final round with the lead but with have to fend off a lot of competitors right on his heels. His opening round of 67 leads the way during an opening round that saw gusts of 30+ mph.

Six players are tied for 2nd at 68 followed by seven more players at 69.

There were three skins out worth $320 each. Click on any of the $ symbols under the skins/total tab to view the skins results.

There is an optional $50 2nd day shootout for players at 73 and higher. 100% of the entry goes into the purse and the top 33% and ties will earn a check. If youâ€™d like to participate you must sign up and pay online before the first tee time on Wednesday. 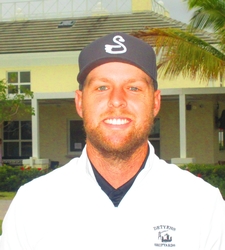